What Makes the Process of Vacuum Casting So Special

It has been decided to include polyurethanes in the mix since they have properties comparable to those of materials utilized in mass production. As a result, this technique has gained significant acceptance, and it is now widely used in pre-series or small-series production for aesthetic and assembly assessments, functional and mechanical evaluations, and market evaluations, among other things.

Vacuum casting has a long and distinguished history, and it is being used today

Even though the first silicone resins were discovered in 1943, it was not until the 1960s that the technology of vacuum plastic casting utilizing a silicone mold was developed at technical institutions. The following standard and well-known technologies are integrated into this process: Virtually indestructible molds, such as those made of natural rubber, have also been used for many years to create molds of reliefs or sculptures without causing damage to the original pieces, including by restorers and sculptors. Vacuum casting has also been used for a very long time, as has the use of flexible molds. Due to the unique properties of silicone resin and its heat resistance, it became possible to connect the two processes and use silicone molds as an operating mechanism for vacuum casting, which was previously impossible. 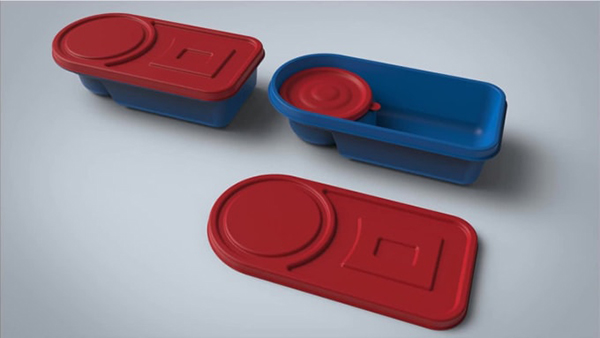 The Advent of The Technology

The technique, which had previously been unknown in Europe, was first introduced to Japan in the 1970s, where it was primarily used in the automotive manufacturing industry. When it was raised again in Europe, it quickly became popular and now can be found in the research and development divisions of almost all large industrial firms.

When thermosetting polymers were first developed in the 1980s, they were used in vacuum casting, which was a breakthrough in the industry. They are precise copies of the appearance and properties of the materials that are now being used in mass production, which has enabled the creation of silicone mold vacuum duplication, which is considered a watershed moment in the industry. Following this idea, several procedures, automatisms, and accessories have been developed since the 1980s to provide a simple, quick, and profitable administration of the system, which is critical to the success of this method.

The term “vacuum casting” is defined in the following way:

To do vacuum casting or vacuum duplication, a model must first be produced using stereolithography, CNC machining, or 3-D printing, as well as other methods. Models like this one will be used to create a silicone mold that will be used to cast the final product. Once the mold has been produced, the vacuum injection procedure is carried out with the assistance of a vacuum casting machine, the polyurethane resin happens to be injected into the silicone mold using the machine, and the resin solidifies as a consequence of the heat generated by the machine.

The advantage of this technique is the capacity to reuse the silicone mold, make prototypes that are precisely identical to the model, and do so in materials that are incredibly close to the original material used in the production of the prototype.